The language of yoga

One of the things that really surprised me when I began my 200-hour yoga teacher training at Sampoorna – Yoga Teacher Training School in India, is how I had to learn how to speak again. I came into the school think this was the one thing I could do, having been a ballet teacher many years before, and then a publishing professional, used to speaking on the industry stage at many an event. Standing up in front of people was my thing, if you will. Except when it came to yoga.

Having to learn the new language of yoga is something I didn’t expect to have to do. Yes, I expected to become more familiar with the Sanskrit terms for the asanas (poses) but I didn’t expect to stumble over trying to cue someone into downward-facing dog, a pose my body instinctively did after so many years of practice. I didn’t expect that the main feedback I would receive during the course would be that my voice was too quiet. Too quiet! Me! The one who stood up in front of lots of people at conferences! Yet here I was, whispering in front of my fellow students, struggling to remember my right from their left, where I was guiding them next, and how my words could make their bodies try to adopt potentially injurious positions if I wasn’t careful about them. 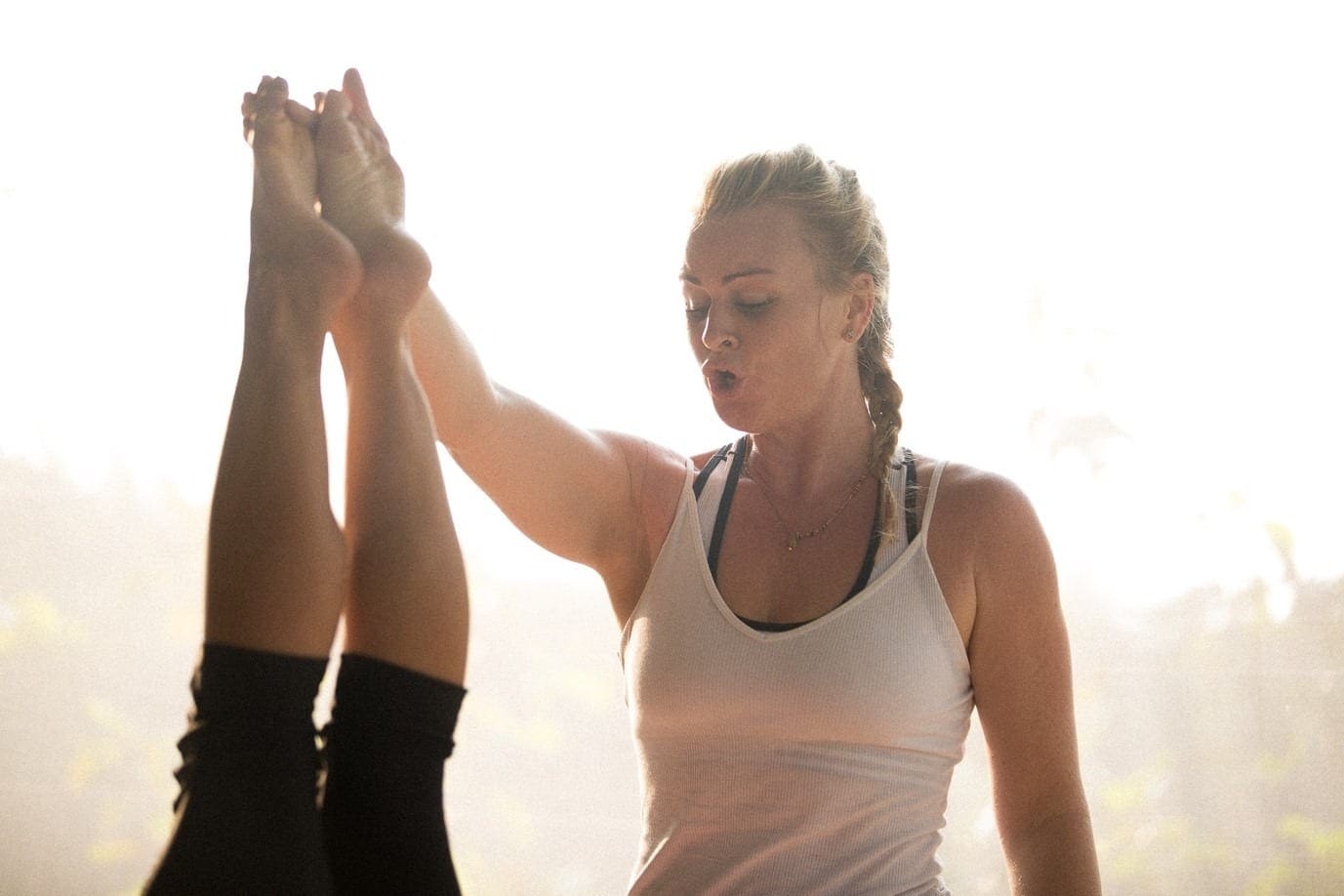 I started to find my voice, happily, before the end of the course, slowly weaning myself off having to learn a script by rote and start to cue and comment on what I could actually see before me. It was possibly the hardest thing about the course, and I was in awe of those whose first language wasn’t even English. Not only did they have to translate what they were going to say into English first, but when they returned to their home countries, they’d have to translate it back into their native languages.

It still amazes me that they can do this and that they are prepared to do it. When I’ve been assisting in recent student-teaching sessions, a few of the non-native English speakers were very worried that they were not getting the exact words right. As someone who loves attending classes by international teachers I tried to reassure them that one of the great things about them is their unique choice of words – sometimes the way a Spanish person describes the alignment in, say, warrior two, is the description that stays with you, even if the pronunciation or the choice of words isn’t in perfect English.

In fact, most of my favourite teachers have had linguistic quirks that make me love them even more. One of my favourite English yoga teachers back in the UK says ‘abdomum’ instead of abdomen and I love it, for some reason. I think of her saying it during a class, and it reminds me to engage my core muscles. Who cares how you say it if it gets the right result?

I noticed that the non-native English students were the ones who relied on their scripts most in their early teaching sessions, but would often be the first to cast their notebooks aside as they realised that reading off them wasn’t getting the best results. I realised the same, and now just have a list of asanas to one side in case I lose track of where I am in a class. It’s so much better to be present with the students in front of you and teach to their bodies and minds. One of the things you learn when you start teaching after your Yoga TTC is how you can adapt every class, even if you’re using the same basic flow, to the students in front of you. And how much more fluent you are if you just walk away from the script and start really seeing who’s there.

In 2019, Sampoorna – yoga school introduced a programme of new multi-lingual TTCs, starting with Spanish and German, and introducing French and Italian in 2020. I was a student on the Yin Yoga 60-hour TTC during the Spanish course, the first non-English course at Sampoorna, and it was so exciting to witness the teachers and students enjoying the fluency of their native tongue in the Goan jungle setting. As a few of them said to me, they are probably still going to need to teach in English at various points in their lives, but they have been given a deeper understanding of their subject because of this foundation in their own language. It must be such a relief to have that. 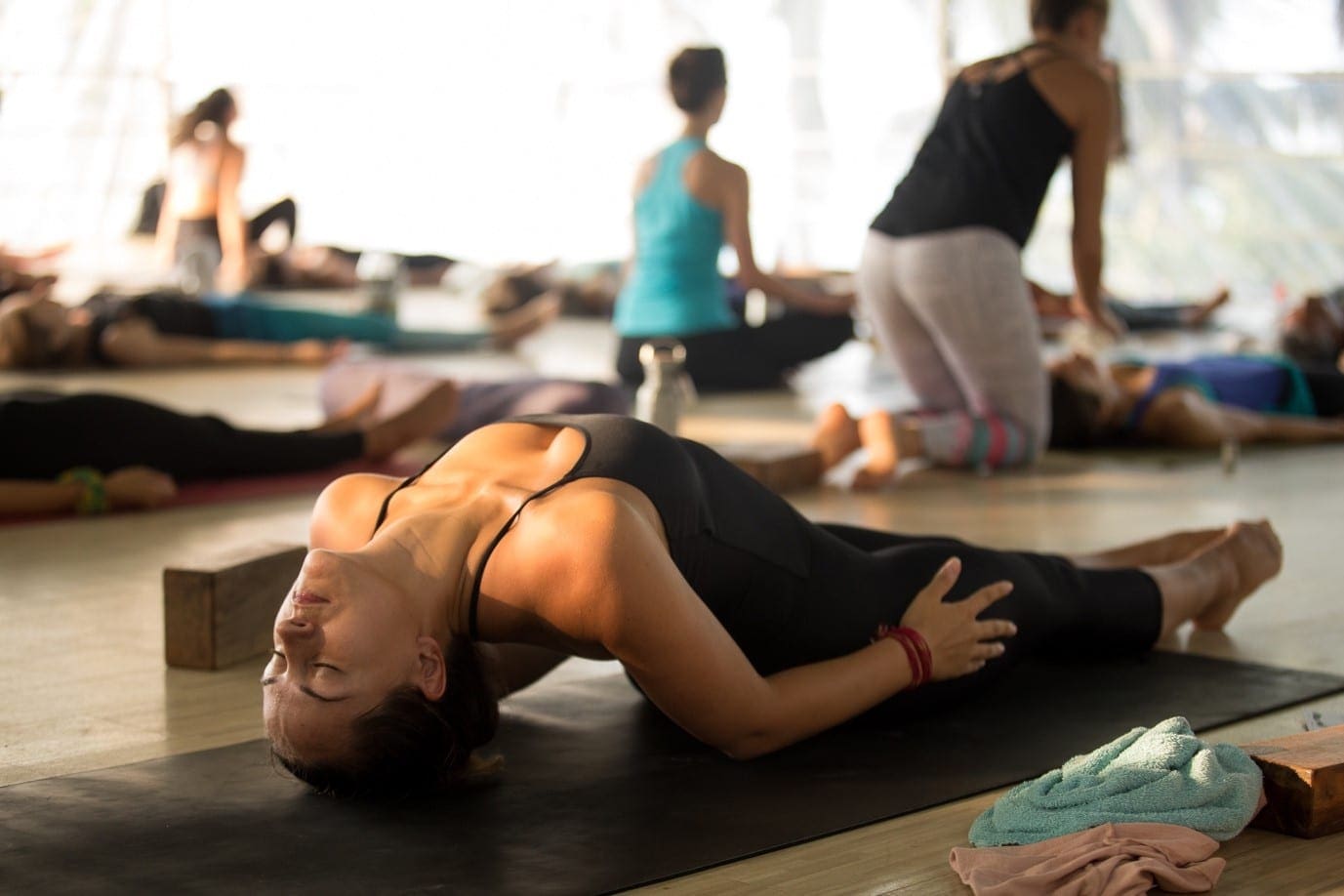 Sampoorna’s Indian staff also make a huge difference to the YTTC experience in Goa and many yogis come to India for the authenticity of training in the homeland of yoga. Whilst the location can give you a flavour of the culture yoga flourished within, it is important to hear and see it taught by people who have trained here and have had access to the primary-source training on offer in Rishikesh or Pune. Although they might be teaching in English rather than Hindi or their first Indian language (there are so many!), there are linguistic approaches that make the information they give you stay with you forever.

I keep a list of soundbites on my phone that were given to us during philosophy lessons by Sampoorna’s course director, Sudhir Rishi. Every time I read them I can hear his voice, his melodious accent and somehow the message is clearer. When I’m back home in the UK, his podcast gives me access to his trademark ‘om’ and the steady pacing of his words. When he is teaching philosophy, based on the ancient scriptures – the Vedas – then he is not only translating text from the original Sanskrit but also from his own mother tongue to English. What that process does is filter out anything unnecessarily complicated and produces delightfully simple concepts such as my favourite of his: “Do what needs to be done.” 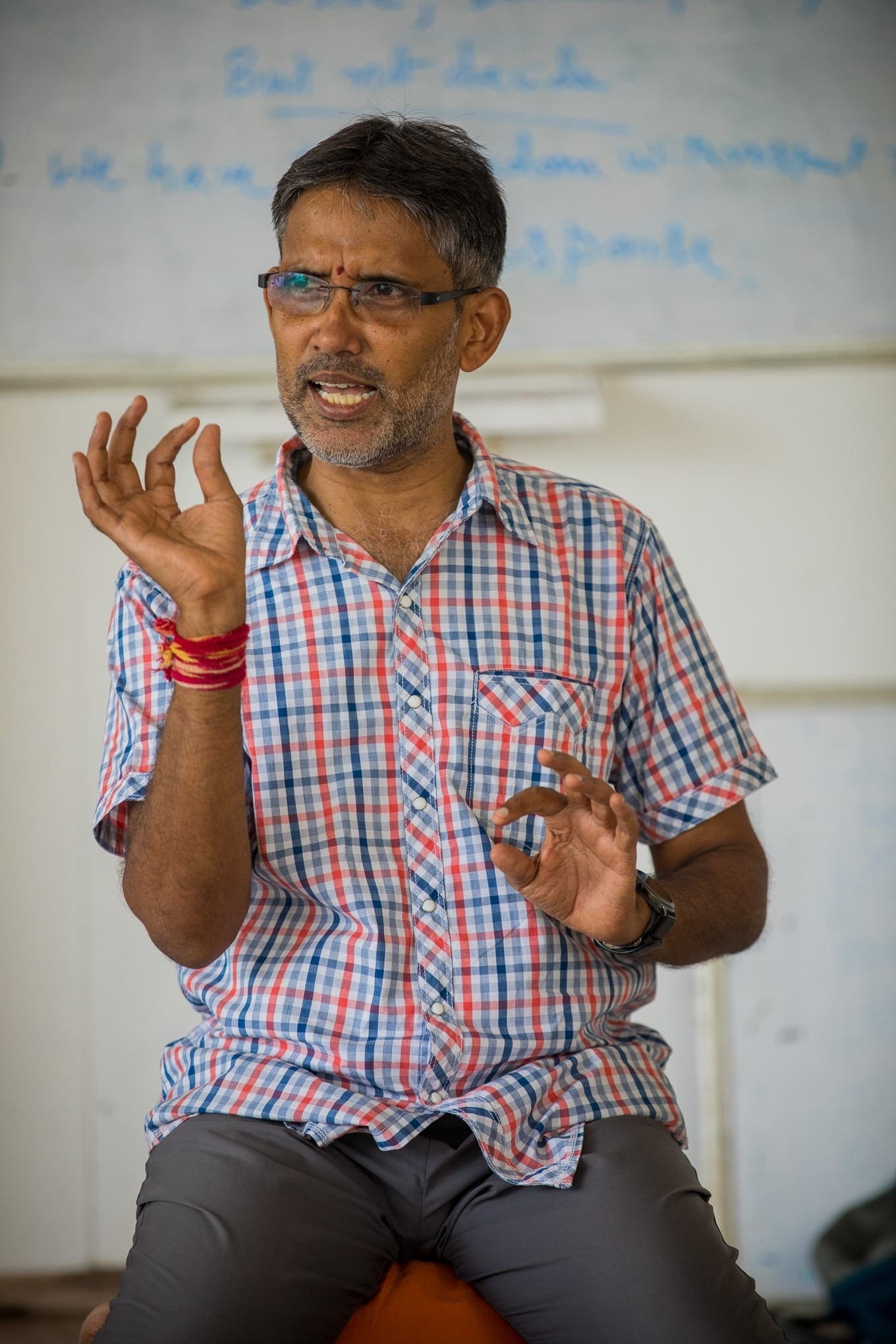 Don’t let language be a barrier to your yoga teacher training – it’s what makes you unique and will flavour your classes with individuality. People won’t care if you can’t say the perfect words – they will only care that you are there to guide them with your heart and soul, and in that way, every one of us speaks a completely different language.

Sampoorna Yoga’s Teacher Training Courses are registered with Yoga Alliance USA & Yoga Alliance Professional UK. When you graduate from our school you will be eligible to register with them as a RYT, Registered Yoga Teacher, in your respective categories.